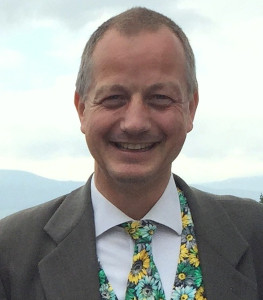 Some of you might know this fantastic Jazz song from 1932 performed by late Chet Baker:
Alone together, beyond the crowd
Above the world, we’re not too proud
To cling together, we’re strong
As long as we’re together

Although clear for a long time almost no European Government takes the appropriate action to tackle the challenges of our changing world. It does not help to meet and greet Greta and the world becomes a better place.
We need action to fight climate crisis but as well understand the effects on public health: An alarming report came from the European Environment Agency “Air pollution remains Europe’s top environmental threat to health, with more than 400 000 premature deaths driven by air pollution every year in the EU. Noise pollution comes second, contributing to 12 000 premature deaths.“ ‘The Green Deal on a sustainable future, strong action is needed… towards a more inclusive and sustainable Europe,’ said Hans Bruyninckx, EEA Executive Director.

At the same time Germany allocates important sums to subsidise even more old and dirty coal industry and France allocates 470 Million to the old nuclear power plants, announcing even several 10th of millions for small reactors out of the “France Relance-plan” with almost no money for Solar PV like specialists say. Irony: announced by a former Green member, recently nominated minister of Environment Barbara Pompili: in 2018 she clearly stated that Nuclear is not the future of French energy system and that more reactors have to be nominated for closing down.

The current 56 reactors have an average age of 36 years – and to bring it to a high enough security cost France more than 45 Billion Euros!
Very interesting recent, devastating report by the French court of auditors about the only new French Nuclear reactor project: Flamanville EPR. “First years no cost control”: Cost multiplied several times, same construction time and due to bad management of the construction site not really clear, if it ever will be connected to the French grid. Concerning the cost: The Court estimates 13 – 15 Ct kw/h as electricity production cost. Recent announcements from Portugal will be found in the newsletter.
But there might be hope: The same French Minister Pompili stated this week at an international conference “We need Solar energy more than ever before…Solar is part of our shared future!” Now, please fill these lovely words with action!

So, not alone, together is the solution. But as well transparent, honest costs comparison including all external costs and a clear interest as well of European investors and entrepreneurs to actively support the renaissance of a clean Energy future for the Europe of future generations.