It’s the Economy AND the Planet, stupid! 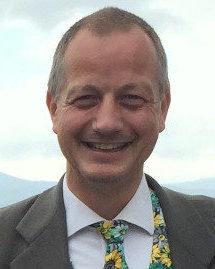 Dear friends of European Solar Manufacturing!
In troubling times, with worries about the health and jobs for a lot of citizens we should do the maths. Back in 1992 the word of “It’s the Economy, stupid” became a key element of Bill Clinton’s campaign to win the American presidency. But there had been 2 more elements: “change against more of the same” and “don’t forget health care”. Health care and change need to be combined in our worries for our climate future, so René Cattin, friend of impressive Greta Thunberg, draw a cartoon crossing Economy and changing it against “planet”.
I guess we all agree that we need to make change, so that economy and the care for the planet need to go together. It’s upon us to harmonize both. Integrating externalities is the key, or like our slogan with Brussels based think-tank “Green Budget Europe” was: “Tax bads not goods”. Last year higher CO2 prices heavily pushed Coal electricity out of the European Grid. Even in the heartlands of Coal, Germany and Poland, it becomes more expensive to burn coal for electricity.
At ESMC we are very happy about the recent announcements to bring back large-scale European PV production to Europe. We congratulate Voltec-Solar, Systovi and Meyer Burger for their courage to move on towards the right direction. We need more of this entrepreneur-spirit!
This follows the joint initiative “Solar Manufacturing Accelerator” by SolarPower Europe, VDMA, ETIP-PV, IPVF and ESMC to push for more European production. More to come soon.
Please join us in September for our 7 Wednesday sessions of the Solar Industry Forum, hosted jointly by SOLARUNITED, Becquerel Institute, ETIP-PV, ETA-Florence Renewable Energies and ESMC.

In this newsletter we added 2 new parts:
“Once upon a time…”, a review of historic events or publications. Today let’s have a look at Angela Merkel’s 2007 program for her 1st EU presidency with 2 cartoon comments by Horst Haitzinger: The ambition of the 2007 program would fit as well the 2020 program, that has almost no vision for renewables, so let us hope for the real hard facts coming from Chancellor Merkel. It is a unique chance to have two friends at the head of Europe! During the Corona crisis some research institutes stated that countries run by female heads of state were doing better. Let us hope for the best for a “REAL European Green Deal”, current version of Green Hydrogen and Off-shore wind is clearly not enough.
2nd is “the Sun in our mind” The sun has always inspired a lot of poets, artists and philosophers. This time ESMC has been to Potsdam “Sans-Souci” (no worries) Chateau by Frederick the Great, close of famous French philosopher Voltaire. Frederick made huge progress for Prussia in watching the effects of environment, using improved technology…

Let me finish by the words of António Guterres, Secretary-General United Nations:
The seeds of change are there.
Let us embrace the vast opportunity of a clean energy future.