Our co-President Eicke Weber share his thoughts on the history of German, and European, PV manufacturing and calls for a rapid revival of European cell production to break free from dependence on China in a recent interview with Dieter Düran.

In the interview, Mr. Weber shares that ESMC are aiming for three quarters of the solar power installed in Europe to come from German, Spanish, Polish and French plants, and for two thirds of our production to be exported. To achieve that, however, a clear signal from policymakers is important. After all, they are distributing the funds anyway, as part of the Green New Deal. The question is: Which industries will benefit most from the money to make Europe fit for the future?

At the end of the interview, Eicke Weber reaches the topic of climate change and the combination of technologies that will be required to close down fossil power plants without endangering our energy supply. To achieve the decarbonization of the steel and cement industry, for example, enormous quantities of hydrogen from clean energy sources, as well as energy storage for reverse power generation when wind and sun are scarce will be needed, Weber says.

Lastly, when a Finnish model that approximates a necessary 60 000 gigawatts of PV to be installed in a ten-year period to reach a renewable future energy system is mentioned, Eicke Weber says:

“Too few people still realize that we are standing on the edge of the abyss.”

Read and dowload the interview in english here. 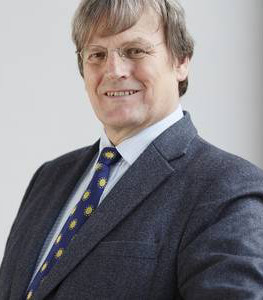